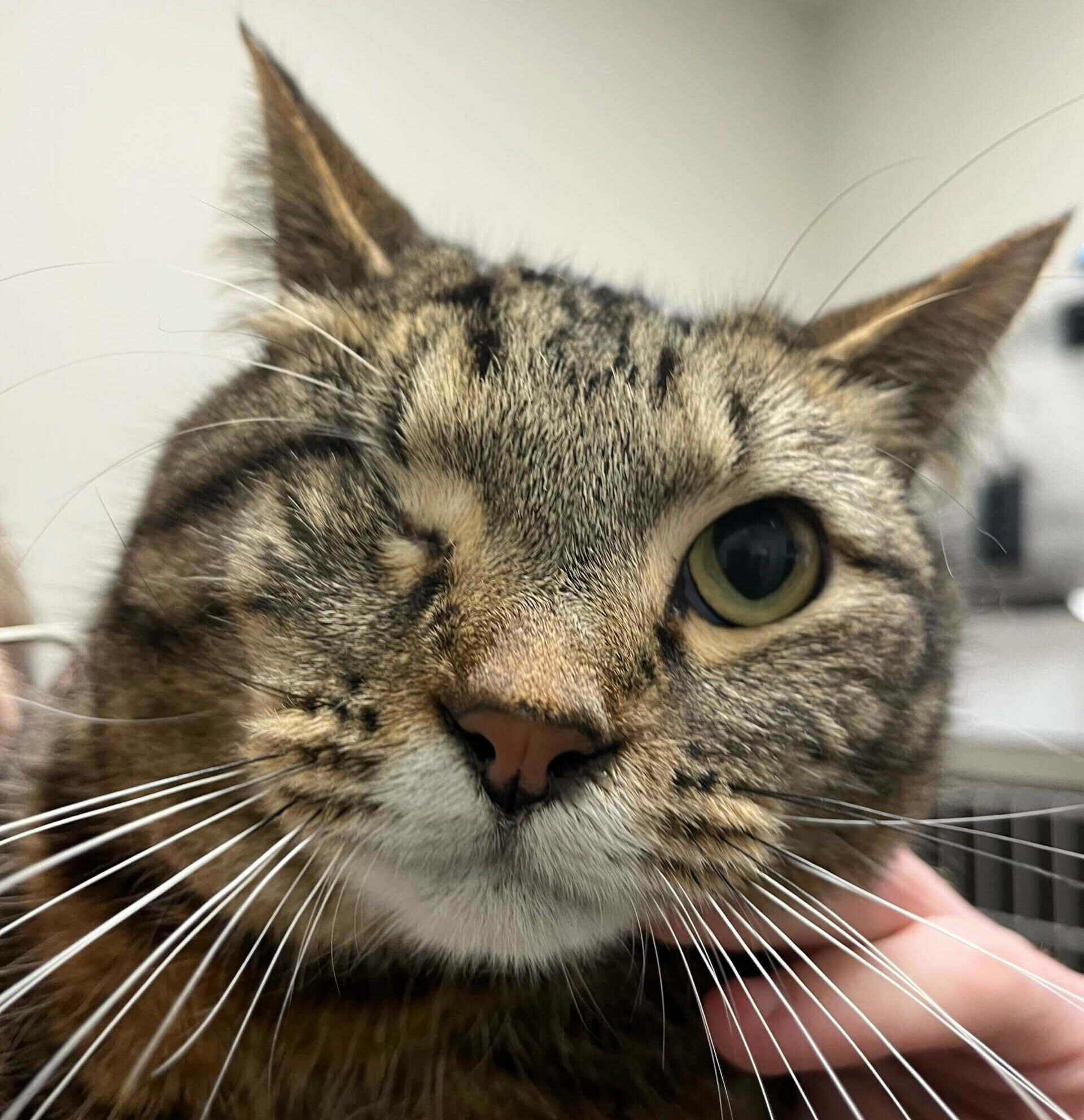 Hip problems are common in dogs and cats and the solution is sometimes surgical.   The following cases were all successfully treated at Poulsbo Animal Clinic by Dr. Adams or Blanchette.

Fractures of the femoral head/neck can be pinned.  Jeph is a cat that came home from being outside one day and was limping; he was likely hit by a car.  The femoral neck is fractured in multiple locations.  It was successfully repaired using bone pins.

Some cats have incomplete closure of the growth plate in the hip and are prone to fracture in that location, a condition known as a capital physeal fracture.  Archie is a young cat that fractured on both sides.  A procedure called an FHO (femoral head ostectomy or femoral head and neck excision) is performed to eliminate the pain.  The procedure seems completely barbaric, but a pseudojoint forms as the hips heal and these cats do very well.  The arrows show where the femoral necks have rotated up relative to the femoral heads in Archie.

Without an FHO, these hips go on to become severely arthritic.  Treatment at that time is also FHO.  This is a cat that did not get diagnosed at the time of the injury and lived with the fractures for several years.  The arrows point to the tips of the femoral necks that have rotated out of the correct position in the femoral heads.  Note the severe bony changes consistent with arthritis.

While not exactly a hip problem, a lumbo-sacral luxation is similar to a hip dislocation, but the dislocation happens where the pelvis attaches to the vertebral column just in front of the hip.  Fluffy was hit by a car and had a lumbo-sacral dislocation on one side and a femoral fracture on the other.  Note the bone plate in the pelvis from a previous repair at a different clinic.  The arrow shows where the pelvis has separated from the sacrum.  Repair involves placement of a long lag screw that extends past midline and a shorter anti-rotational screw.  The femur was repaired with a plate and an intramedullary pin.

Some hip dislocations are repaired using a toggle-pin technique.  For this, a metal toggle pin is placed on the inner side of the pelvis and a nylon line (it cannot be seen on x-ray images) is placed in a tunnel drilled through the femoral head and neck.  Georgie is a dog that was kicked in the head by a horse and spun around so hard that she dislocated her hip.  Surprisingly, there were no significant injures to her head.  Her owners elected to have a toggle pin repair and she is doing very well.